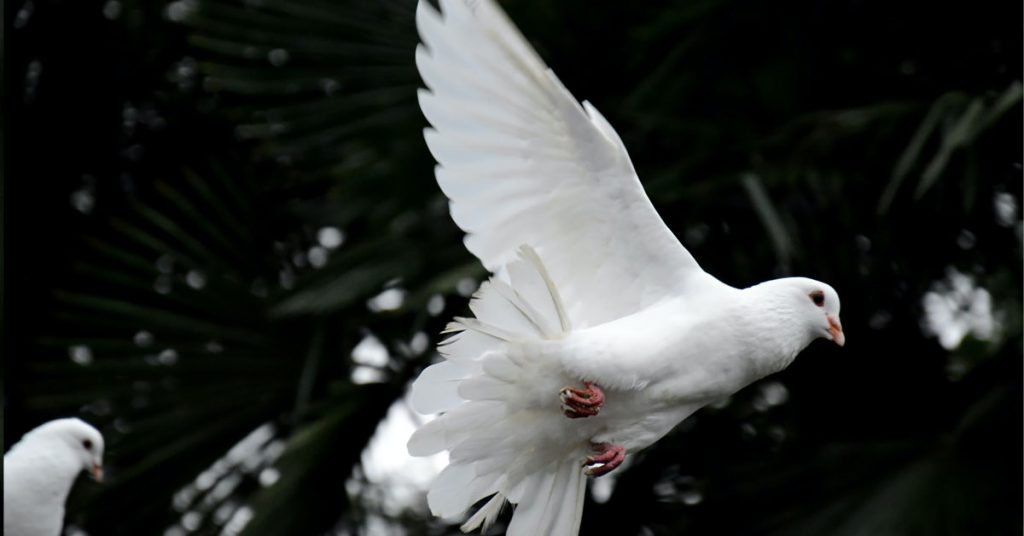 Peace Be With You

Quote for the week: “Peace be with you!”

The crucifixion was complete, the empty tomb still reeling in their minds, and suddenly Jesus appears to the disciples. The first words, which are immediately repeated, and then repeated the following week when Thomas is with them, are, “Peace be with you!” Throughout history peace is the most desired state. It can be absence of war and conflict, or absence of worry and pain, and it can be a physical or emotional state. What God wants us to see is not absence of something but the presence of something: JESUS! JESUS is our peace.

Jesus speaks these words just prior to saying to the disciples, “As the Father has sent me, I am sending you.” During the time Jesus spent with the disciples He made it very clear that He (Jesus) was one with the Father, and that they (the disciples) were one with both Him and the Father. This has been one of the major themes throughout the book of John. Jesus now takes the next step in their relationship.

He is giving them their assignment, to go to the world and let everyone know what they now know. The important thing for them to know about this assignment is that although He will not be physically present, they still have a relationship with Him, one that transcends the physical.

He is in them as they are in Him, and this is what He is explaining when He says, “Peace be with you.” HE is the peace that is with them. There is no other true peace. All other peace is short-lived or a false sense of security. Jesus and Jesus alone was their (and is our) peace. Yes, He is leaving physically, but this is a good thing because He is remaining IN them as is the Father and The Spirit. What a wonderful God we serve!

Prayer for the week: Father, today I thank you for your PEACE: Jesus.

On the evening of that first day of the week, when the disciples were together, with the doors locked for fear of the Jewish leaders, Jesus came and stood among them and said, “Peace be with you!” After he said this, he showed them his hands and side. The disciples were overjoyed when they saw the Lord.

Again Jesus said, “Peace be with you! As the Father has sent me, I am sending you.” And with that he breathed on them and said, “Receive the Holy Spirit. If you forgive anyone’s sins, their sins are forgiven; if you do not forgive them, they are not forgiven.”

Now Thomas (also known as Didymus), one of the Twelve, was not with the disciples when Jesus came. So the other disciples told him, “We have seen the Lord!

But he said to them, “Unless I see the nail marks in his hands and put my finger where the nails were, and put my hand into his side, I will not believe.”

A week later his disciples were in the house again, and Thomas was with them. Though the doors were locked, Jesus came and stood among them and said, “Peace be with you!” Then he said to Thomas, “Put your finger here; see my hands. Reach out your hand and put it into my side. Stop doubting and believe.”

Thomas said to him, “My Lord and my God!”

Jesus performed many other signs in the presence of his disciples, which are not recorded in this book. But these are written that you may believe that Jesus is the Messiah, the Son of God, and that by believing you may have life in his name.