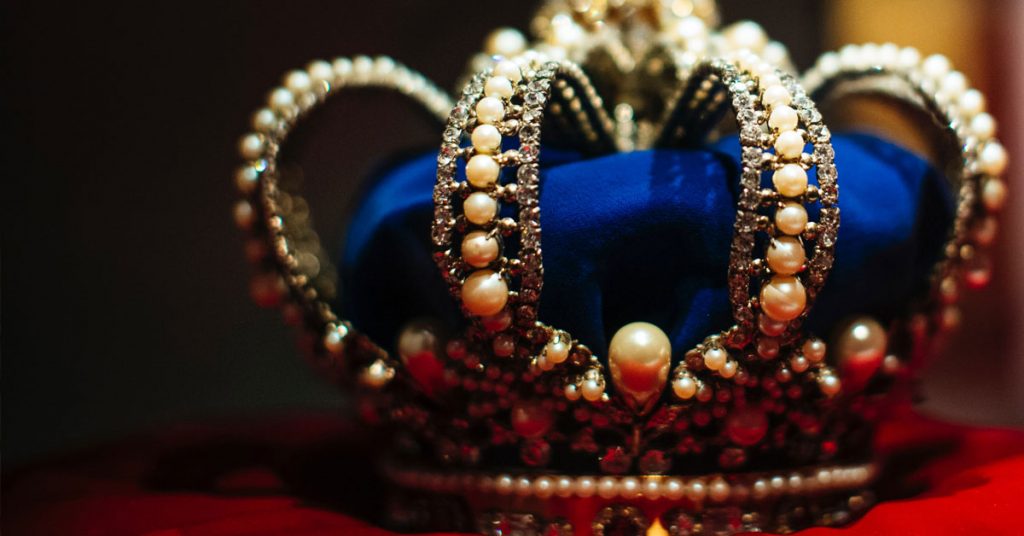 No King but Caesar

Quote for the week: “We have no king but Caesar.”

While none of us would be quite so bold as to say it out loud, our actions tend to scream, “I have no king but MYSELF!” The flesh is a powerful and deceitful thing. Combined with the enemy and the world we live in, it is a power that is impossible to overcome by simple self-discipline and determination.

Yet this is what we are taught day after day both in the world and in many churches. Try harder and it will get better, read the Bible and pray 12 minutes a day, follow these 6 steps and your life will turn around. Work hard and all will all be okay. This is the same system used by the religious rulers that crucified Jesus 2000 years ago.

As we read this passage just before the actual crucifixion, the rulers of the day show us how ignorant they were about their relationship with their Creator. We have a tendency to follow the same path. The law, the rules, self-effort are all the ways man wants to reach out to God. The way God has ALWAYS reached out to man is through relationship. From that time in the garden with Adam and Eve through the entire history of man, God has had one approach to His creation: reaching out to them in relationship. And since that beginning each of us has had the same choice: to accept that relationship and live in it, or to take it into our own hands and create some sort of “work” to grow the relationship. Our work does not grow our relationship with God. Our relationship with God grows as we allow Him to live HIS life in, with, and through us.

Ask yourself, “Who do I have as King of my life today?”

Prayer for the week: Father, you are my KING. Draw me near to you, and allow me to rest in your love and grace. Thank you, Father, for your precious Son and your Holy Spirit who dwells in me. Allow your will to be accomplished in my life.

It was the day of Preparation of the Passover; it was about noon.

“Here is your king,” Pilate said to the Jews.

“Shall I crucify your king?” Pilate asked.

“We have no king but Caesar,” the chief priests answered.

Finally Pilate handed him over to them to be crucified.

So the soldiers took charge of Jesus. Carrying his own cross, he went out to the place of the Skull (which in Aramaic is called Golgotha). There they crucified him, and with him two others—one on each side and Jesus in the middle.

Pilate had a notice prepared and fastened to the cross. It read: Jesus of Nazareth, the King of the Jews. Many of the Jews read this sign, for the place where Jesus was crucified was near the city, and the sign was written in Aramaic, Latin and Greek. The chief priests of the Jews protested to Pilate, “Do not write ‘The King of the Jews,’ but that this man claimed to be king of the Jews.”

When the soldiers crucified Jesus, they took his clothes, dividing them into four shares, one for each of them, with the undergarment remaining. This garment was seamless, woven in one piece from top to bottom.

“Let’s not tear it,” they said to one another. “Let’s decide by lot who will get it.”

This happened that the scripture might be fulfilled that said,

“They divided my clothes among them and cast lots for my garment.”

So this is what the soldiers did.

Near the cross of Jesus stood his mother, his mother’s sister, Mary the wife of Clopas, and Mary Magdalene. When Jesus saw his mother there, and the disciple whom he loved standing nearby, he said to her, “Woman, here is your son,” and to the disciple, “Here is your mother.” From that time on, this disciple took her into his home.