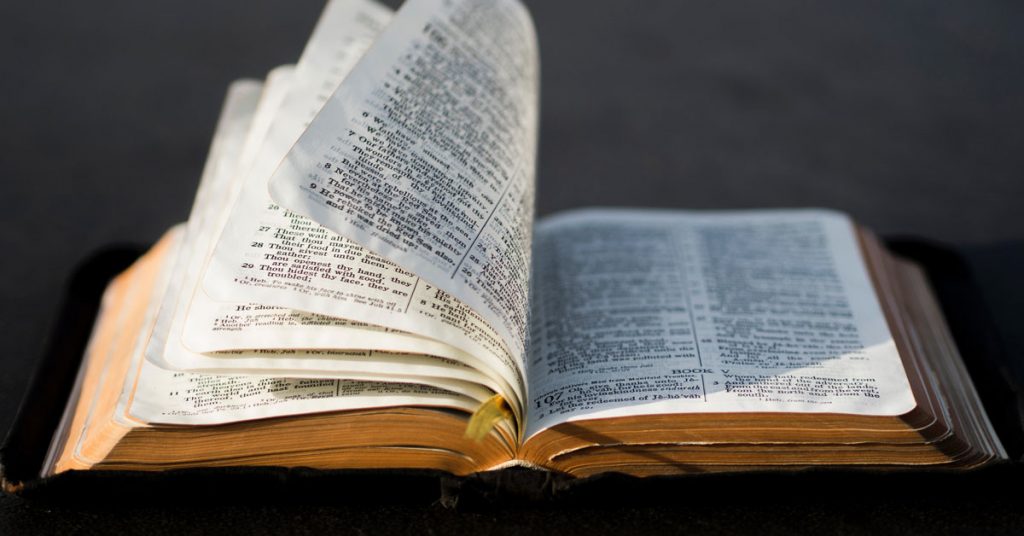 Quote for the week: “…so that Scripture would be fulfilled …”

Many in the church today (and for many centuries previous) have focused on the importance of Scripture. The focus from some has been on how accurate it is. Word for word it is the message of God and is pure in its verbiage. Each word has been breathed by God Himself into the author’s pen. There are no errors. While all of this is true, at times this can cause us to focus on the Scripture as a mechanical process. Scripture is not a mere mechanical process; it is one of the several ways God brings us into relationship with Himself. He does this by showing us over and over how He has been directly involved in the lives of all individuals since He created them, so involved that He can point out day by day, year by year, century by century that what He has said is true. As we wind through our short lives, we can find joy in the fact that God has made His statement about our life and what it is to be, though it may not be recorded in the Scriptures. He will fulfill our destiny and His plan for our life.

At the cross Jesus knew the plan that the Father had intended for Jesus while on earth, and Jesus knew when it was over. So in the exact manner that God had foretold in Scripture, Jesus gave up His spirit with those simple words, “It is finished,” and the guards simply “changed” the prescribed method of ending a crucifixion and left Jesus’ legs intact and pierced His side.

Scripture was fulfilled. God’s will was done.

Prayer for the week: Father, today I ask that your will be done in my life as you have planned from eternity past. Thank you for fulfilling your will in my life.

Later, knowing that everything had now been finished, and so that Scripture would be fulfilled, Jesus said, “I am thirsty.” A jar of wine vinegar was there, so they soaked a sponge in it, put the sponge on a stalk of the hyssop plant, and lifted it to Jesus’ lips. When he had received the drink, Jesus said, “It is finished.” With that, he bowed his head and gave up his spirit.

Now it was the day of Preparation, and the next day was to be a special Sabbath. Because the Jewish leaders did not want the bodies left on the crosses during the Sabbath, they asked Pilate to have the legs broken and the bodies taken down. The soldiers therefore came and broke the legs of the first man who had been crucified with Jesus, and then those of the other. But when they came to Jesus and found that he was already dead, they did not break his legs. Instead, one of the soldiers pierced Jesus’ side with a spear, bringing a sudden flow of blood and water. The man who saw it has given testimony, and his testimony is true. He knows that he tells the truth, and he testifies so that you also may believe. These things happened so that the scripture would be fulfilled: “Not one of his bones will be broken,” and, as another scripture says, “They will look on the one they have pierced.”